With its individual style, the SALZBURG MOZART QUARTET, founded in autumn 1996, has made a name for itself as a first-class Mozart ensemble. The ensemble has been strongly influenced through regular work with distinguished performers including Irena Grafenauer, Pepe Romero, Radovan Vlatkovic, Michael Martin Kofler, Milan Turkovic and Sergio Azzolini.

In 2006, as part of the Salzburg Mozart-Haydn cycle (2000-2006) for Mozart’s anniversary, the Quartet gave a highly commended performance of all 23 Mozart string quartets. 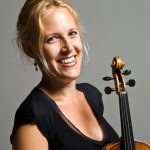 Daniela Beer studied with Ruggiero Ricci and Lukas Hagen at the Mozarteum University in Salzburg. After gaining her Performer’s Diploma with distinction, she graduated from Urs Stiehler’s master class in Munich. She attended master classes and workshops at home and abroad with internationally distinguished performers including Christian Tetzlaff, Alexander Kostin, Jorge Sutil and Michael Friedrich.

Her solo performances have included Vivaldi’s Seasons, concertos by Bach, Mozart and Tchaikovsky, and Lalo’s Symphonie espagnole. She has performed at international festivals with many prominent musicians including Irena Grafenauer, Michael Martin Kofler and Radovan Vlatkovic.

Daniela Beer has been a section leader in the Salzburg Mozarteum Orchestra since 2004. She plays a violin by Roger Graham Hargrave. 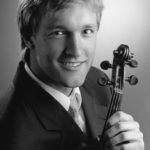 Florian Beer was born in Altötting/Bavaria. At the age of 10 he entered Oskar Hagen’s preparatory class at the Mozarteum University in Salzburg, where he later studied with Lukas Hagen, gaining his Performer’s Diploma with distinction in 2000.

Further studies and master classes included those with Thomas Brandis (leader of the Berlin Philharmonic) and Jorge Sutil (Munich Philharmonic), and a diploma with distinction in Musical and Instrumental Education.

Florian Beer is a member of the Salzburg Chamber Music Academy and leader of the Mozart Festival Ensemble in Salzburg, with which he performs regularly as soloist. 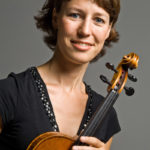 Dorothea Galler studied at the Mozarteum University in Salzburg with Thomas Riebl, gaining her Performer’s Diploma with distinction.

She has played in the Orchestra of the Bavarian State Opera/Munich, Baden State Orchestra/Karlsruhe, Munich Philharmonic and Salzburg Mozarteum Orchestra, and as section leader in the Hessian State Theatre/Wiesbaden. Since 2008 she has been a member of the State Theatre on the Gärtnerplatz/Munich.

Chamber music performances with various ensembles including the Armida Piano Quartet, Lady Strings and string trio with her siblings, have taken her to concerts and international festivals throughout Europe and abroad. 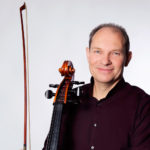 Matthias Michael Beckmann was eight years old when he received his first cello tuition from Claus Reichardt; aged ten, he was already a student at the Meistersinger Conservatorium. He later completed his studies at the Academy of Music in Munich, under Walter Nothas, gaining Distinction in the Master Class Diploma. Further artistic stimuli came from Hannelore Leiffolz, Reiner Faupel, William Pleeth, André Navarra and Milos Sadlo.

His main focus is on chamber music and solo playing. He is a founder-member of the SALZBURG MOZART QUARTET, with which he has performed worldwide for many years. CD recordings document the Quartet’s successful career. The cellist has also been greatly influenced through regular collaboration with musicians such as Irena Grafenauer, Margit-Anna Süss, Pepe Romero, Radovan Vlatkovic, Michael Martin Kofler, Milan Turkovic and Sergio Azzolini, in performances in Salzburg and Schwetzingen, and at international events including the European Music Festival.

As a soloist, he is best known for his rendering of works by Haydn, Boccherini, Vivaldi, Dvorák and Gulda, and since 2007 also for premièring works for 5-stringed cello.

Matthias Michael Beckmann has produced a new edition of Leopold Mozart’s Treatise on the Fundamental Principles of Violin Playing . The latest authorised version (not hitherto available) was published by Kulturverlag Polzer in German (2007) and English (2008), in modern type and notation. The preface was written by Nikolaus Harnoncourt.